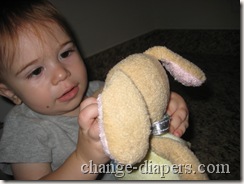 I had sort of been feeling sorry for myself because I had entered so many giveaways and never won.  You know the feeling, you’re happy for the winners but wonder when it will be your turn!  Shortly after that, my luck changed and I started winning, so I wanted to share with you what I won!

July 28th-$20 Abby’s Lane gift certificate from Show Your Amor (bought a Bumgenius Elemental, watch for the review next month!) 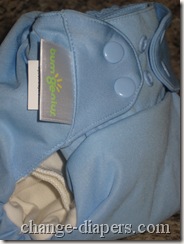 August 3rd-Mother-Ease reusable shopping bag-Facebook win (I’m keeping my Boba Carrier in this, but it makes a great shopping bag because it has a drawstring.  Plus, I maybe someone will comment on the cloth diaper logo and I can bring them over to the dark side tell them about my cloth diaper addiction habit use! 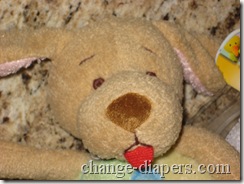 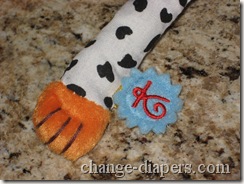 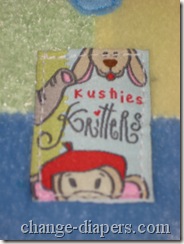 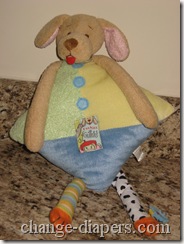 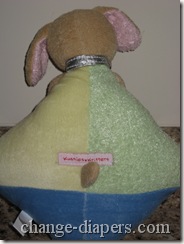 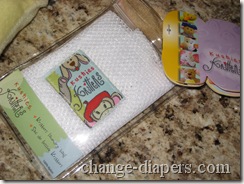 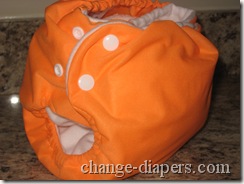 September 21st-Kissaluvs Fitted from The Abby’s Lane’s blog chat giveaways!  Watch for a review of this next month, along with a giveaway (with two winners!) sponsored by Kissaluvs! 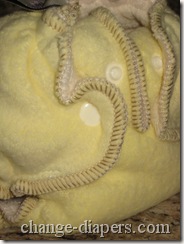 So, it does pay to enter!  I hope some of my readers are winning a few of the giveaways I post on the Friday roundup!!  Get ready to enter a whole lot of great fluff giveaways here during the Year of Fluff event in October!!

Mother-ease Cloth Diapers generously sent me an all in one cloth diaper to review.  Mother-ease is a Canadian company, and they have been making cloth diapers since 1991.  They actually have the term “one-size” trademarked and make all of their diapers from start to finish in their Ontario factory.

The side snapping AIO diaper has a knit cotton terry inner and a waterproof outer.

The elastic reminds me of the Kushies diapers.  I don’t know how well it would hold up against breastfed baby messes.

It came with a brochure with information about the products they carry and materials used, as well as a care & washing guide.

I chose the large, since my son is about 17.5 pounds.  The first thing I thought when I took the diaper out of the package was that I had made a mistake!  It seemed huge!

It seemed really wide as well.  You can see from this photo that it definitely is wider than the Bumgenius.

Folded, it’s nearly an inch longer than the BG on the large setting.

Stretching it gets you about an extra inch as well.

I was worried that when I put it on him, it would be falling off of him, or super bulky.

It’s definitely pretty basic in the way of looks.  It comes in white only.

I got a good fit around his waist on the snuggest snap setting.

No gapping at the leg either!

I was chasing him around…

Trying to get a good “action” shot…

But I got more pictures of a blurry leg or the empty carpet as he zipped away before the camera took the picture!

I was actually surprised that it fit him so well (he is in mediums in everything else) and wasn’t bulky at all.
It’s an all in one, so of course it takes a bit longer to dry than other diapers.  It may look basic, but it didn’t leak and it washed up very well after he “christened” it as he always has to do with new, pristine white diapers.  No stains!
If you have a bigger child and need something to take you through potty training, this is a great choice.  The side snaps would make it easier to pull up and down (instead of unsnapping) and if the extra large is sized as generously as the large is, I imagine it would fit some very large kiddos!
You can shop online whether you are in the U.S., Canada or International.  The all-in-one diaper retails for $15.95-$17.95 in the U.S. depending on size.  They also sell one size and sized fitted diapers, covers, wraps, swim diapers and other accessories.
Another product worth noting is their bedwetter pants which come in sizes fitting up to 65 pounds and absorbing 21 ounces!
Thank you to Mother-Ease for sending me the review diaper at no charge.  I was not requested or required to write a positive review, I was not otherwise compensated and the opinions are mine.
0
0
0
0
Share on Pinterest