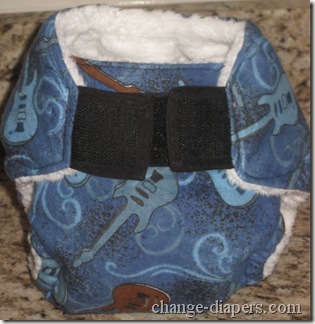 I reviewed a Designs by Cace all-in-one diaper last year, during my “year of fluff” event.  One thing I had mentioned was that a “heavy wetter” style diaper would be a nice option.  Sara at Designs by Cace decided to test a brand new pocket diaper pattern, to make absorbency customizable for heavier wetters. 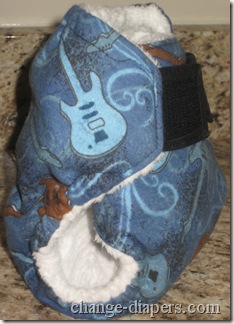 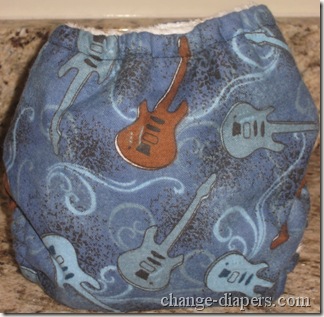 Keep in mind that this is a tester diaper, and changes and improvements will be made based on tester feedback! 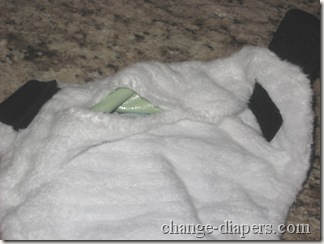 The diaper looks very much like the AIO, with aplix closures and laundry tabs. 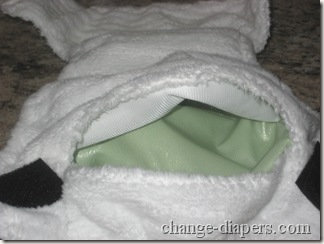 Except of course, it has a pocket opening rather than a sewn in soaker. 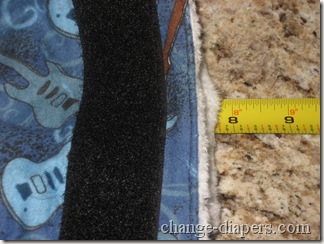 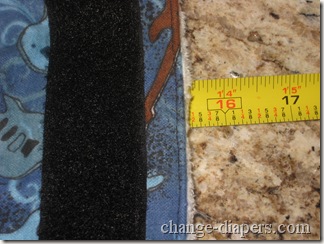 The medium is estimated to fit 10-22 pounds.  My son is about 21 pounds and he’s definitely getting close to outgrowing the diaper, but he still has some room. 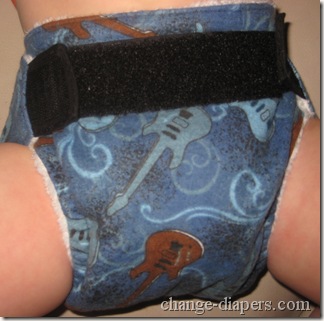 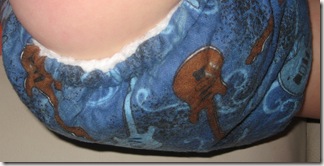 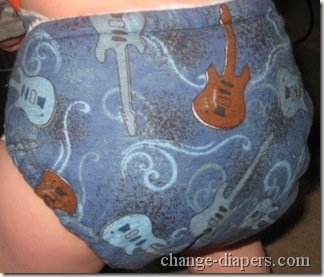 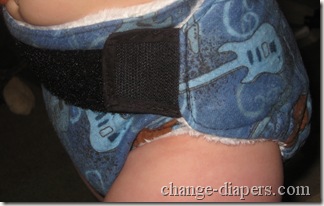 It took me a while to get my feedback to Sara.  I generally get a diaper, wash it once, then use and wash it at least 3-4 times before providing feedback.  Well…  The first three times I put the diaper on my son, he pooped in it almost immediately!  I joke about him and pretty new white diapers, since he always seems to do that.  Never three times though!  Maybe the super soft inner relaxed him, I don’t know, ha ha!

In any case, I was finally able to give it some really good use, and it has been washed 7+ times.  Sara included a microfiber towel to use in the pocket; she is planning on making inserts for the diapers, but wanted to focus on the diapers for now.  The last time I used the diaper, the towel was pretty soaked, and I had a little bit of wicking at one of the legs.  I think this could be corrected by using an insert in the pocket, and I’m going to try stuffing it with one of my spare inserts next!  I’m looking forward to seeing photos of round two testers or the final product! 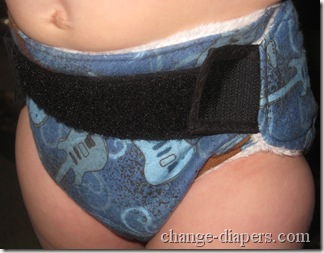 DBC sells her AIOs from $9 (smalls) to $15 (large prints) and I’d expect the pockets to be fairly similarly priced.  Designs by Cace diapers are a great value and are work-at-home-mom made!

FTC compliance: I was not compensated for this post and all opinions are my own.