This is the second of my five Merry Fluffy Christmas Event giveaways! 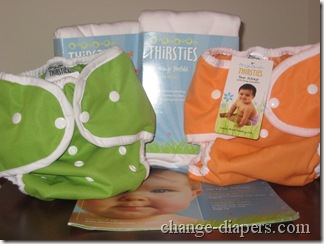 First up are two Thirsties size two duo wraps (one meadow, one mango) and two duo hemp prefolds.  I reviewed a Thirsties Duo Diaper in June, and the duo wrap is very similar in construction. 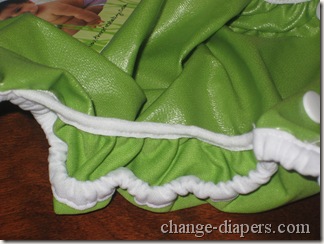 It has the same double gussets to guard against leaks. 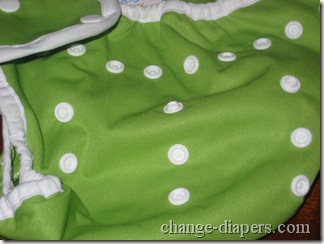 The same snap-down rise to fit babies from 18-40 pounds. 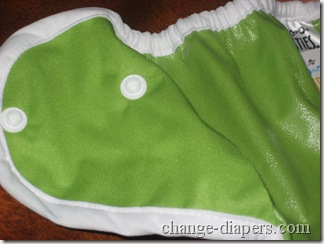 The wraps in this prize pack have easy, snap closures! I’ve also reviewed Thirsties Fab Wipes and Booty Luster and loved the products, as well as Thirsties customer service! 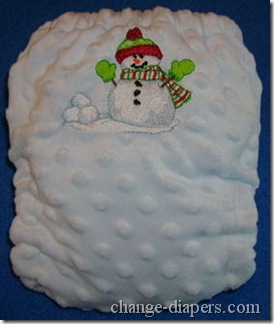 Kim’s Kloth Diapers have received a few tweaks and improvements since I tested a one-size pocket diaper in July.  It’s easy to get a great fit with the adjustable leg elastic, and the front of the diaper has less bulk.  The winner of this prize pack receives the adorable minky embroidered pocket diaper pictured above!

The combined retail value of this prize package is $59.98.

Here’s how to enter: All entries go in the form below.  I’d love for you to leave a comment, this is also a great way to remind yourself that you entered.  However, comments do not count as entries.


I will accept entries until Saturday, December 4th, 2010 at 11:59 P.M. Eastern. I will select a winner using random.org’s true random number generator and notify him/her by email by December 10th, 2010. Winner has 48 hours to respond before the prize is forfeited and a new winner is chosen. View my giveaway rules page for complete details. This giveaway is open to residents of the U.S.

# of entries received as of Giveaway close: 427

Please feel free to visit the other 18 blogs participating in this event!  Each blog will have a giveaway every day from December 1-5, worth at least $25 and containing at least one cloth diaper related item.  All giveaways will be open for the same time periods, but each blog has different entry methods and requirements, so read carefully!

FTC Compliance: I was not compensated for this post, and all opinions are my own.

When Kim of Kim’s Crafts decided to start selling Kim’s Kloth Diapers, she needed testers.  Usually a WAHM will want the feedback of moms with different age and size babies before selling outside of her circle of friends.

I like to think I’m a good tester because I’m pretty good at evaluating products in a detailed fashion, and heaven knows I don’t hold back, hee hee.

I tested a one size pocket diaper, which is right up my alley.  I really enjoyed testing for Kim because she seemed to really listen to my feedback, and I didn’t have to worry about her taking my comments about the diaper as personal criticism!  As you read my review, please keep in mind that I tested a prototype, and Kim took all of her tester’s feedback into account while tweaking her final product.
Kim is having the Kim’s Kloth Store grand opening on Thursday, August 5th at noon, and you can get 10% off everything all week!

The diaper has a nice pocket opening, though it wasn’t quite as big as a Bumgenius.

The snaps include the ability to overlap for small babies.

I thought the stitching was very even, I had to scrutinize to find an area that was a tiny bit off, and looking at this picture, even up close, it’s hardly noticeable.

Initially, I misunderstood and thought this was a sized diaper, and put it on my son as shipped (large setting.)

The package included clear instructions on how to adjust the leg elastic, so I think I was just having a major brain lapse that day.

It was a little loose on the large setting of course, since my son normally wears mediums.

The next time I used the diaper, I adjusted the leg elastic.  It’s easily accessible through the pocket.

The snaps are pretty “sticky” so you don’t have to worry about them coming loose during use.

It took a firm tug to get each snap out of the opening, but it wasn’t difficult at all.  There are a total of four settings.

I had an extra BumGenius microfiber insert, so I decided to try it in the Kim’s Kloth.

The insert is a little wider than the diaper.

So I wasn’t able to get it to lay quite flat.  I think a narrower insert would work well.  If I remember correctly, the Fuzzibunz insert would probably be a great fit!

Above is the small setting, folded.

Above, the large setting folded.  I think, I think!  It’s been a while since I took these photos!

In the end, I settled on the next-to-smallest size.

Kim estimates the weight range to be 15-40 pounds.  My son was around 17.5 lbs and had plenty of room to grow in them.  I’d love to see this in a slightly smaller pattern as well, for newborn-15 pounds, like the stages/duo diapers that other brands have.

I noticed that the inner of the diaper got a bit pilly after several washings, and we did have a bit of wicking at the legs.  However, I think that was probably due to my lack of microfiber folding skills!  I’d love to try it with an insert sewn specifically to fit it.

The diapers will sell for $13 (bargain!) with a microfiber towel inluded for stuffing.  You can elect to purchase a sewn insert for $1 extra.  Kim also made some tweaks to the snap arrangement on the final product!

“Like” the Kim’s Crafts Facebook page to see fan submitted photos of the diaper on other babies, and keep tabs on the grand opening!
I received a diaper for the purposes of testing, opinions are mine and I wasn’t required to write a review at all, let alone a positive one.  🙂
0
0
0
0
Share on Pinterest