This is the first mailbox Monday of 2012. On Monday, I publish a reader submitted question, and ask my readers to weigh in! I’ve only received one other submission, but I’d love to continue Mailbox Mondays into 2012. If you have a question, please send it in!

In desperation I used Triple Cream on my baby and continued to cloth diaper her. I knew I shouldn’t but I did it anyway. Now they are leaking. I have stripped them so many times but still they leak. My prefolds are not affected, just my pockets with the fleece.

Thank you for your help!

Every Monday, I answer questions readers have asked, and ask my other readers to weigh in too.

Hello! I use a mix of pocket diapers (mostly Fuzzibunz) and prefolds/covers. My daughter had a bad case of diaper rash and in the search for a cure I used Desitin, Balmex and Triple Paste on her and continued to use cloth. I had read about those diaper creams being a no-no with cloth but I just hate to use disposables. Well, lesson learned. Now my pocket diapers are leaking. I have stripped and stripped with no effect. I’ve also scrubbed them individually with dish soap and stripped again. Do you have any advice on how to get the diaper cream out of the pocket diapers?

Thank you so much!

Have a question about cloth diapers? Every Monday, I answer reader questions, and also ask for your advice!

I am expecting and have decided to cloth diaper my baby. I have heard much about the problems that can develop with microfiber such as repelling and smell, and I was wondering if I should just be overly cautious and not buy any microfiber to avoid this altogether. I do not have hard water where I live and so hopefully if I do invest in some microfiber I won’t have too many problems with it? 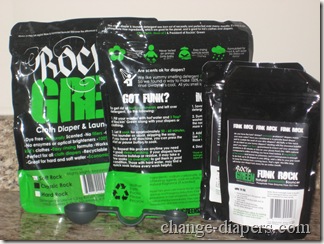 In my opinion, wash routine and detergent are the biggest hurdle in cloth diapering.  My personal motto is “if it ain’t broke, don’t fix it!”  If you have a detergent and wash routine that are working for you, stick with it.  After trying many different detergents, I’ve been using Tide powder, with an extra rinse and an occasional bleaching.

So why am I messing with it?  I was sucked in by the new Rockin’ Green Funk Rock Ammonia Bouncer, thinking that maybe by using it, I could eliminate the monthly/semi-monthly bleaching.  I decided to also buy a bag of the mighty mighty marshmallow classic rock detergent to use along with it.  Lucky for you, I bought an extra bag of each to give away to a reader! 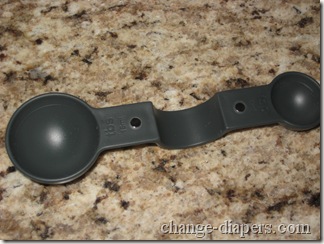 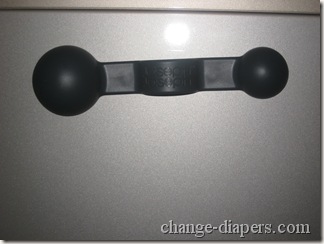 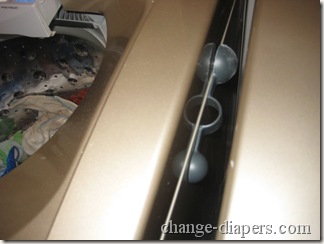 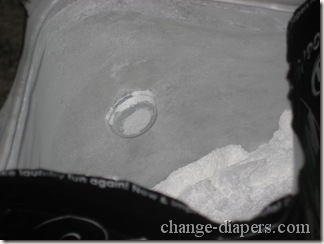 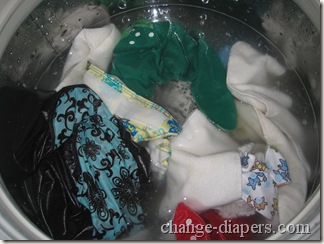 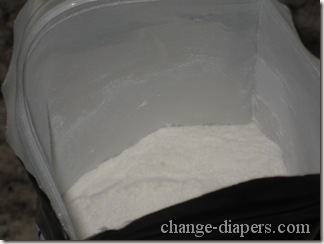 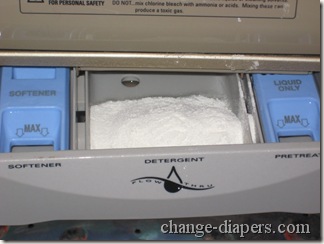 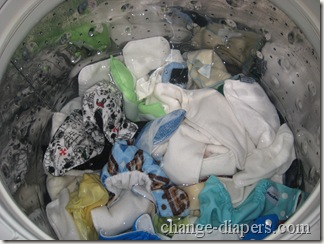 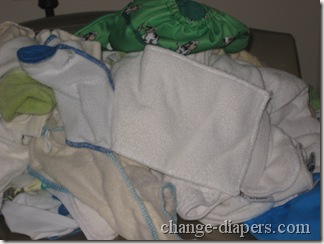 Cloth Diaper Detergent – My Journey and my Opinion

>This may be long, but it’s very relevant and I want to get my entire story out there.

I’ve mentioned before that detergent is a hot button issue for me because it was the only thing that prevented me from cloth diapering earlier.  So, I’ll start from the beginning.

When I chose the diapers I wanted to try, I knew I wanted to start with just a few to see how it went.  I also knew that I needed a “safe” detergent.  Googling led me to a chart with stars, that rated detergents based on their ingredients.  The one I was looking at rated detergents from 1 to 4 red stars.  None of the “4 star” detergents were available at any of our grocery stores, Target, Wal Mart, or anywhere else I could think to check.

So, I started looking into ordering some.  At the time of my research, there were 4 or 5 detergents that I could order online, that had 4 red stars/thumbs up ratings.  I eliminated the detergents that were reported to give babies burns, as well as those with so-so reviews.

Now, keep in mind that I’m cheap frugal, so my maximum price for detergent was $2.99 for a 32 load bottle, and I’d only pay that much if we desperately needed it.  My “stock up” price was closer to free, or pennies.

A single bottle of the “thumbs up” detergent was about $12, then add shipping.  I could potentially buy a case to bring the price per bottle down a bit, but yikes.  All this for 3 diapers I didn’t even know if I’d like?  So, that’s where it ended.  I gave up on cloth diapering.  I couldn’t make 3 diapers a $75 experiment.

When my son’s rashes (clearly caused by disposable diapers since they disappeared when we switched to cloth) were so bad that it hurt to look at, I decided I was going to do this darn it!  One way or another.